Lasting Scars: The Unequal Impacts of Unemployment in Latin America 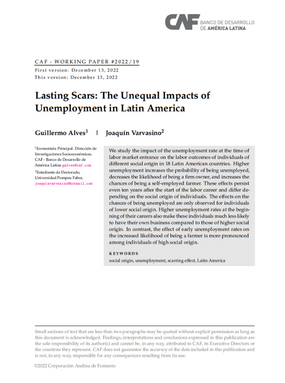 Taking One for the Team: Shocks at Destination and Households' Supply of Migrants

We study how unemployment shocks in the United States affect Mexican households’ migration decisions. We emphasize households at origin (as op-posed to ... 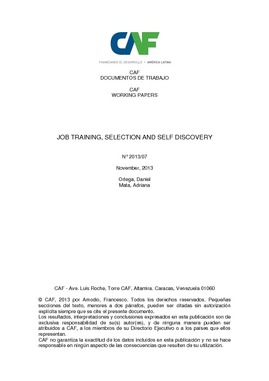 Job training, selection and self discovery

We randomly assign 1250 unemployed men and women to be invited once or twice to a specific-skills training program offered by a large multinational firm ... 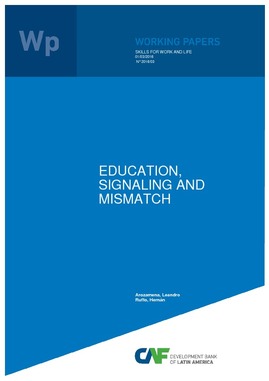 We assess the importance education as a signal of workers skills and the e¤ects of poor signaling quality on labor market outcomes. We do so by merging ...