The research aims to evaluate the impact of paved major roads on economic growth at the municipal level in Bolivia, Paraguay and Ecuador. Due to the absence of municipal information, pub-licly available satellite data are used to construct a municipal panel dataset on a yearly basis from 2000 to 2013; particularly, nightlight luminosity is adopted as a proxy for economic activity. Methodologically, empirical evidence is obtained regarding the effect of having access to a paved major road on luminosity, as well as the elasticity between GDP and nightlight luminosity; both estimates are then linked to approximate economic growth in benefited municipalities. The findings suggest that, on aver-age, economic activity was 0.5% to 0.6% higher in municipalities that benefited from paved major roads than in municipalities that did not. The effects vary over time and are dependent on whether the benefited areas are located closer to the road or are part of a population center. 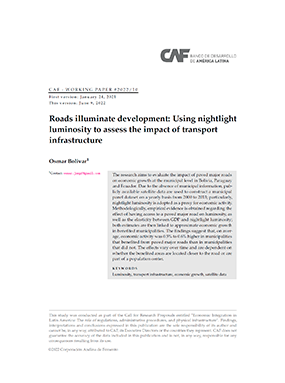 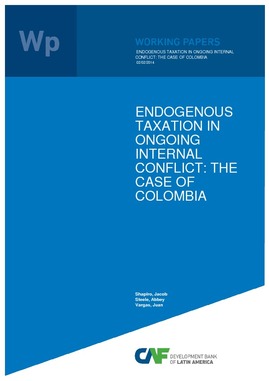 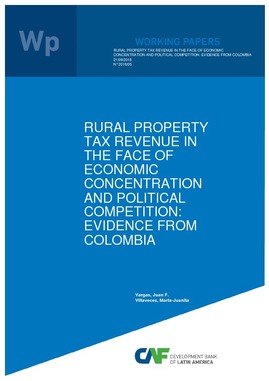 Rural Property Tax Revenue in the Face of Economic Concentration and Political Competition: Evidence from Colombia 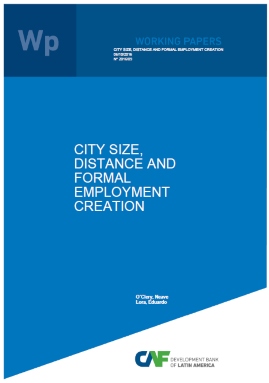 Cities thrive through the diversity of their occupants because the availability of complementary skills enables firms in the formal sector to grow, ...