We analyze the impact of an expansion in government-guaranteed credit for higher education in Chile on a sample of elementary and high school students. Using students who had an alternative source of funding as a control group, and administrative records before and after the reform, we present evidence that students most likely to attend college in a future are affected in different ways. First, we show that parents of students who ex ante were more likely to be credit restricted became more likely after the reform to state that their child would end up completing college. Second, we find that relaxing credit restrictions reduces the probability of dropping out of high school, specific among top students originally enrolled in low-performance schools and low-performance students attending better schools. Third, we find that the reform led to an increase in educational sorting. Best students switch to better schools while lowperformance students go to lower-ranked schools. This sorting helps to explain why we observe a decrease (increase) in GPA and an increase (decrease) in grade repetition among better (worse) students. Then, for a sample of students that were in transition from elementary to secondary school, we show that good students are more likely to enroll in a college-oriented track. Finally, using household data and birth records aggregated at the municipal level, we find, consistent with previous findings, a reduction in teen pregnancy. 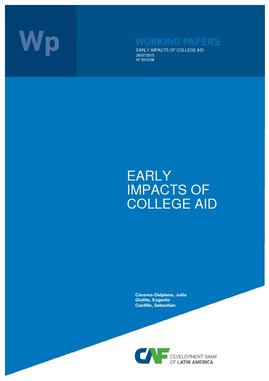 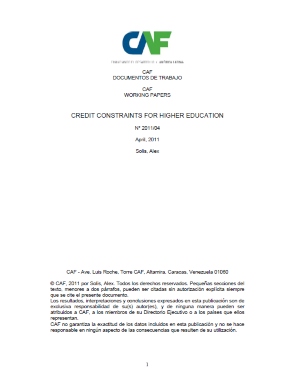 This paper addresses the importance of credit constraints explaining the gap on college enrollment between students coming from rich and poor families. ... 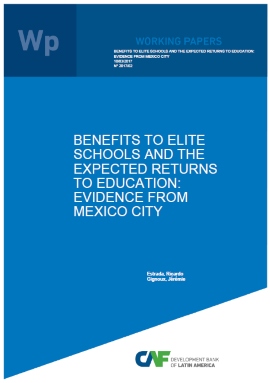 Benefits to Elite Schools and the Expected Returns to Education: Evidence from Mexico City

We exploit data on the future earnings students at high school completion expect to receive with and without a college education, together with information ... 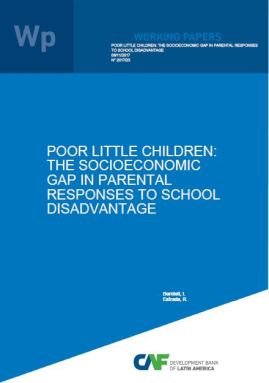 In this paper, we study how parents react to a widely-used school policy that puts some children at a learning disadvantage. Specifically, we first ...