This paper documents the change in intergenerational mobility over the 35 year period between 1975 and 2010 in Venezuela and finds that equality of opportunities increased significantly from the mid 1970's until around 1988, then stagnated/reverted slightly up to 2004, when it again began to improve. Publicly provided education and the generalized increase in the demand for schooling throughout the period is insufficient to explain such changes in measured mobility. Instead, the pattern of female labor force participation is nearly the mirror image of the mobility index. A simple model and its empirical implications suggest that as mothers' time at home is substituted by other factors in the production of children's educational outcomes, family (mother's) characteristics become more important in child school achievement; this is consistent with a literature that finds negative effects of childcare on cognitive achievement, as other inputs are imperfect substitutes for mothers' time with the child. 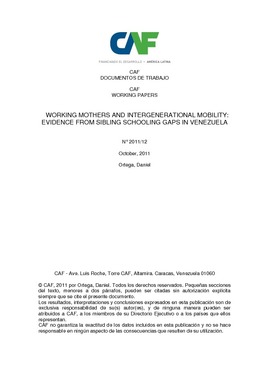 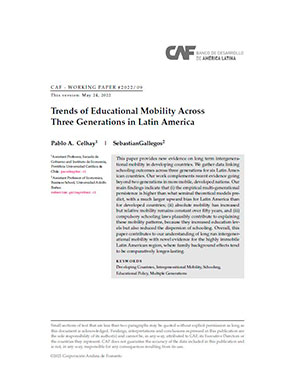 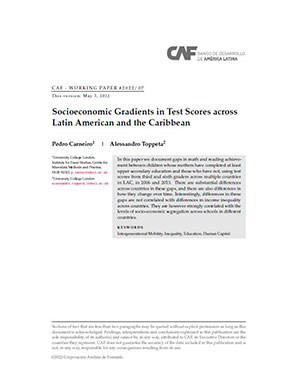 Socioeconomic Gradients in Test Scores across Latin American and the Caribbean

In this paper we document gaps in math and reading achievement between children whose mothers have completed at least upper secondary education and those ...